This new system assures autonomy for about 400 hours of effective work on PTO machines and about 600 hours on electric machines. The system consists of the following components:

The interval between each pumping is regulated and arranged by the operators in the factory and the program is recorded on a PLC unit placed in the control electric panel. The program can be easily modified at any time. The dispenser and the measuring devices distribute the right quantity that the pump delivers in proportion to each of the organs that have to be greased. An electric sensor controls the passage of the grease and stops the pump.

It is possible to install the system also on machines that originally were equipped with the traditional lubrication system.

A perfectly greased grain dryer is a machine always ready to work. 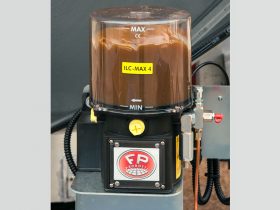 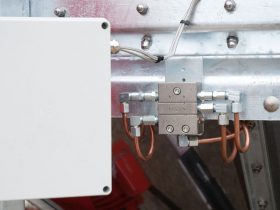 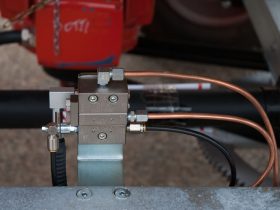