he Fratelli Pedrotti company has a solid and qualified experience that has matured in 60 years doing its best in the grain drying field.

The first models date back to the beginning of the 50s.
Vertical cylindrical dryers were born in the mid-60s, and they were our only production and specialization since 1975.

The success on the international scale of our company lasts since over 30 years. Through this long-period developing we saw our machines used for every kind of cereal besides oleaginous and legumes as soy, colza, sunflower, peas, beans, etc. In addition, our machines can be distributed and used in areas with very different climate: from the most humid and rainy countries in the north of Europe – such as Ireland, Scotland, Scandinavian countries – to those countries with a more severe climate in the east of Europe – such as the Baltic Republics, Poland, Byelorussia, Russia – to the hottest areas in the south of Europe – such as Greece, Turkey – to the tropical climate in the central Africa countries and in Latin America.

Another qualifying element regarding experience is the fact that more than a half of our staff committed to the study, development, production, and assistance of our dryers, boast more than 25 years of service.

What described above demonstrates the knowledge and experience that make Fratelli Pedrotti one of the leading companies in this productive field on a world scale. 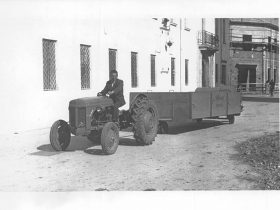 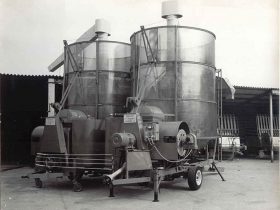 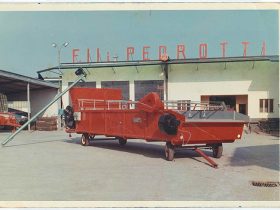 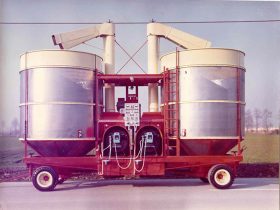 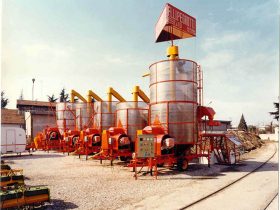 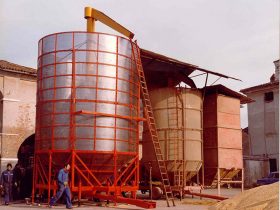 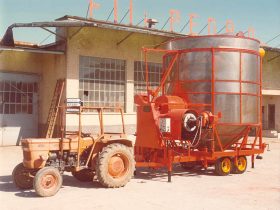 Creation of the first retractable screens and foldable augers. For the first time, even the big grain dryers became mobile

Creation of the three agitators systems

Introduction of the elevator systems on grain dryers

Introduction of the Anti-Fire DLC System

Introduction of the Automatic Lubrication systems

Creation of the Automatic Lubrication systems

Pedrotti grain dryers become 4.0 machines: now they can rule directly all the farm stocking line (elevators, transporters, augers systems, cooling silos, storage systems and so on) and exchange data with external devices. Introduction of the Remote view and Tele-assistance on 4.0 grain dryers
2016

Fifth enlargement of the factory buildings (enlarging of the R&D department and the cutting, punching, and welding areas)
2017

Introduction of a new completely gavanizable frame also for Large and XL range.
ART. 13-14 DEL GDPR (GENERAL DATA PROTECTION REGULATION) 2016/679 This website uses cookies to allow us to see how the site is used. The cookies cannot identify you. If you continue to use this site we will assume that you are happy with this. If you want to use the sites without cookies or would like to know more, you can do that here. Privacy Policy